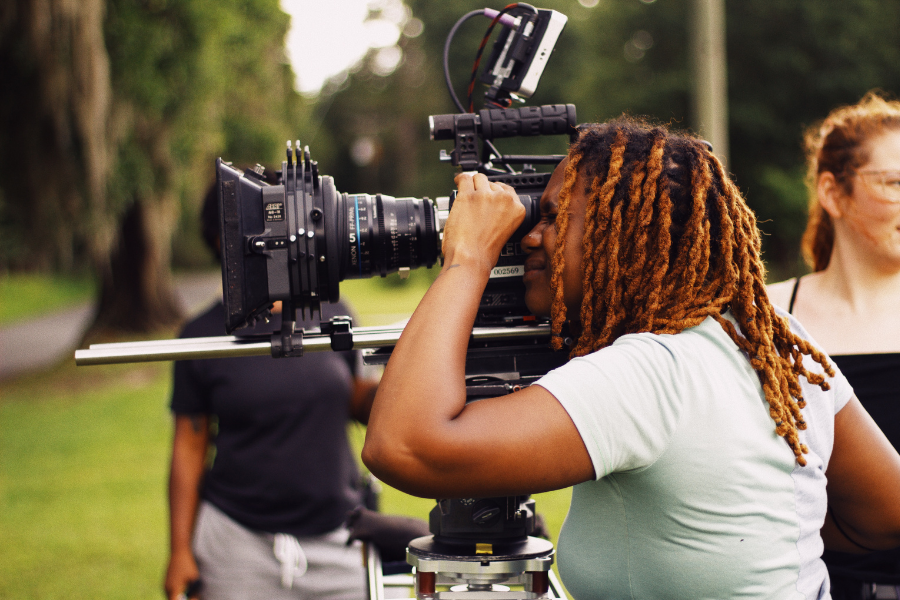 "Knowledge is a gateway, do it"

I chose FSU's College of Motion Picture Arts because of its well rounded film curriculum. In our first year we learn all aspects of production, which is rare and almost unheard of for a film program, and as a result I gained even more respect for each position on the film crew because I experienced for myself what goes into each role. I also love how rigorous the program is, since I've always wanted to experience a conservatory type art education, and I feel as if at FSU I get that and more. Almost every day there is something film related to do; it's fully immersive.

Motivation to pursue a graduate degree

I was interested in improving my cinematography skills, especially lighting, and found that back home I did not get the opportunity to work with the kind of equipment required to improve those skills. Doing my master's gave me access to not only a wide variety of industry standard equipment, but also highly qualified professors who know the gear and craft so well that it is almost impossible not to soak up all of that information.

Importance of research and work

I've always been interested in documenting and preserving my culture, via documentary and narrative film. We do not have much narrative film media back home as we are a small country with an even smaller film community so access to funds and larger crews can prove a challenge. I've seen firsthand how much of a significant (and positive) impact is left on viewers when they see themselves represented on film, so my aim is to take these skills I've harnessed at FSU and contribute significantly to the narrative film work emerging from the Caribbean and its diaspora and train younger emerging creatives so that we (Caribbean people) can have a better understanding of ourselves and, by extension, the world can develop an appreciation for our culture.

Advice for anyone considering graduate school

Do it for you and because you want to pursue it, not for anyone else. It's a lot of hard work and sacrifice, so it makes no sense diving into this thing lukewarm.

I am proud to be a recipient of a Fulbright Foreign Student Program award, a PEO International Peace Scholarship, and a Latin American and Caribbean Award. I have also received a couple awards and nominations for my films:

I love filmmaking/storytelling so much, I honestly am just interested in making work that I absolutely love and sharing that with the world at the highest level possible. I want to teach others about filmmaking because it is one of those things that significantly changed my life for the better, and I am sure it will impact other passionate young creatives similarly.