"Bringing lost histories back to life" 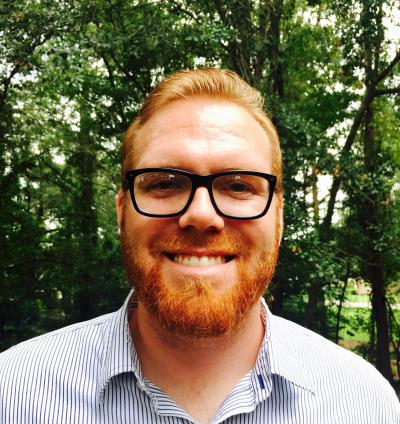 Religion Ph.D. candidate Jacob Lollar will spend four months in France studying ancient Syriac refugees. Jacob’s research is funded by the Chateaubriand Fellowship in Humanities and Social Sciences through the French embassy in the United States and by the graduate school’s International Semester Dissertation Research Fellowship.

“My research works to bring the texts, ideas, and beliefs of a forgotten branch of Christianity back into the public sphere,” Lollar said. But these texts only survive in the ancient Syriac language, so he will spend his time in France translating these texts to better understand this group of Christians who lived 1600 years ago in what is now Turkey. But beyond translating these texts, Jacob hopes to tell the story of this ancient group. “Much like refugees today, this group was forced to move to a new location and reimagine their lives in a new place,” Lollar said. To best tell this story, Jacob is incorporating what he’s learned from modern refugee studies. But this learning goes both ways; modern refugee studies has something to learn from ancient refugees as well. “The single biggest factor missing from modern refugee ethnographic research is how religion affects refugees and their integration into a new society. Religion plays a very important role in how many refugees gain a sense of normalcy in their new society.”

Jacob’s time in France will help him finish his dissertation research and publish a critical edition and translation of the text he’s working on. While there, he has also been invited to present his work to French scholars who are working on similar texts. He attributes some of his success to his work with OGFA: “It’s tedious, but the process is important for the experience of grant writing in general and for learning how to answer the question of why my work should matter to anyone else.”

Jacob will be in Paris October 2017 - January 2018. The Chateaubriand Fellowship also offers a STEM program for students working in science, technology, engineering, math, and health.